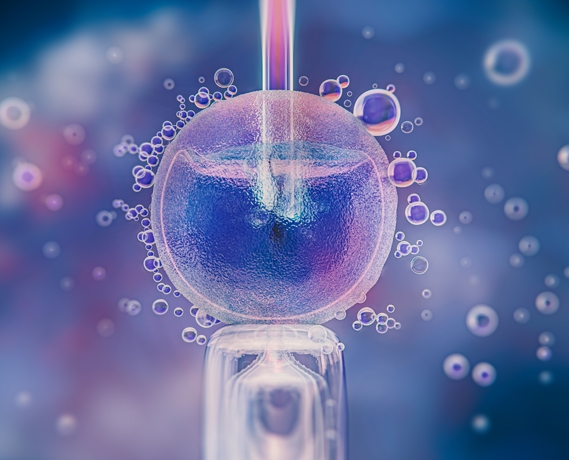 We at Imprimis IVF offer the best ICSI treatment in Srinagar, with high success rates. ICSI is the injection of a single sperm into a mature egg to aid in fertilization. It is used to treat male infertility. This includes cases of low sperm count and poor sperm motility. In cases of donor gametes being used or previous poor fertilization, ICSI may be necessary.

Along with IVF, a specialist method called intra-cytoplasmic sperm injection (ICSI) is used to fertilize eggs. In this method, sperm is directly injected into the cytoplasm of the egg by fertility specialists. Furthermore, We offer ICSI treatment in Srinagar at a reasonable price, thanks to our in-house laboratory and skilled embryologists.

Who should go for ICSI Treatment?

In the following cases, ICSI is often recommended for couples:

The process behind ICSI Treatment –

Firstly, a sample of the male partner’s semen is obtained. This can be extracted either naturally or through surgery.

After a sperm sample is taken from the male partner, the surgeons will remove a number of mature eggs from the female partner.

This stage is where an embryologist injects one sperm cell into a fertilized egg with a hollow needle.

After sperm and egg combine, they form a tiny embryo. This embryo is then cultured in a laboratory for about four days. Cloudnine’s advanced monitoring systems cocoon embryos to ensure they are constantly supported by optimal conditions.

When an embryo is approximately four days old, it’s gently placed in the uterus. It burrows into the uterine tissue a few days later. This is called implantation.

We know how many unsuccessful attempts you have made. However, with a higher success rate, we can assure you that we do our best to deliver happiness in your life.

We at Imprimis promise to provide you with experienced IVF doctors and staff all under one roof. Contact us for further details.

We offer state-of-the-art incubators, workstations, micromanipulators, and lasers for ART. Ensure that every procedure is done under full supervision and by experts only.

We have gathered a team of highly experienced embryologists who monitor the patient’s sperm, eggs, or embryos because they are responsible for nurturing this fresh beginning of life.

Our affordable pricing is what makes us different. We at Imprimis commit to our transparent and standard pricing. So book your appointment today and take the first step to becoming a parent.

We provide comprehensive treatment throughout your journey, from infertility through pregnancy. With complete personalized care, we can be your perfect place to create a new life!

I got pregnant in the first attempt Imprimis IVF is not an IVF Centre it is like a family, and all staff is very cooperative. Thank you so much to the entire Imprimis staff and Doctor. Thank you.

It was a very good experience with Imprimis IVF Centre. All the staff here are very good, and the doctor explained it to us very nicely. Very clean hospital.

I have to say this place is great impeccable infrastructure. I felt so positive entering that place and the lovely staff. Always there to help you.

Please fill in the form and we will soon call you back.

Scroll to top
Get Consulted Now